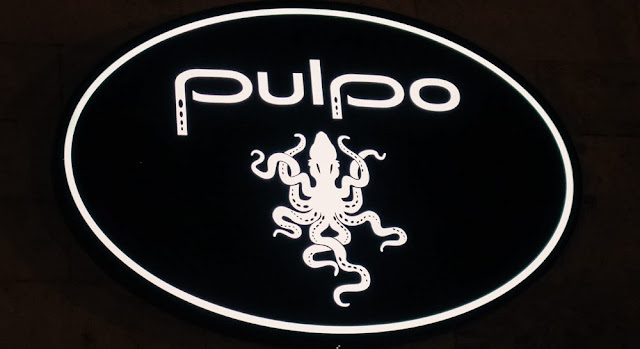 I received an email saying I should check out this place in Cleveland Park named Pulpo. Strangely enough, I'd just walked by it that same day and thought, "Hey, I should check this place out. Wonder what it's all about....'
Cheryl, Alex and I didn't have anything to do on this particular Saturday. We're usually busy with some sort of kid-related activity or having dinner in the 'burbs with neighbors, but not this time. I talked them into indulging me in a little dinner down town. 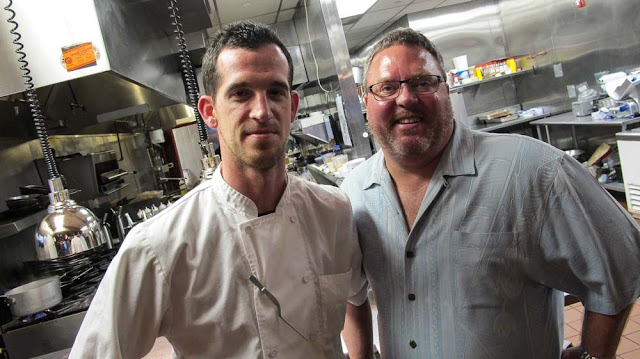 Turns out the chef here is none other than Billy Klein. Alum of Cafe St. Ex. I'd heard he did good food and was stoked to give it a shot. 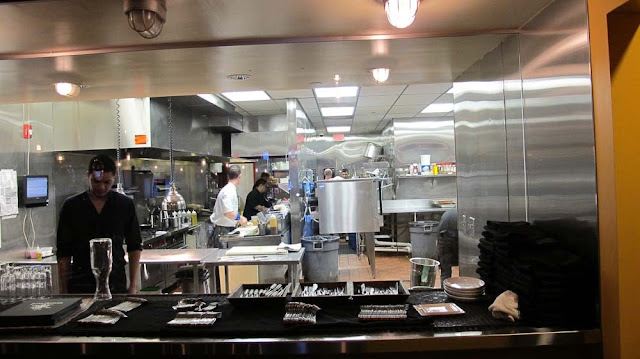 Kitchens like this make me want to get back in the business. Pretty. Shiny. 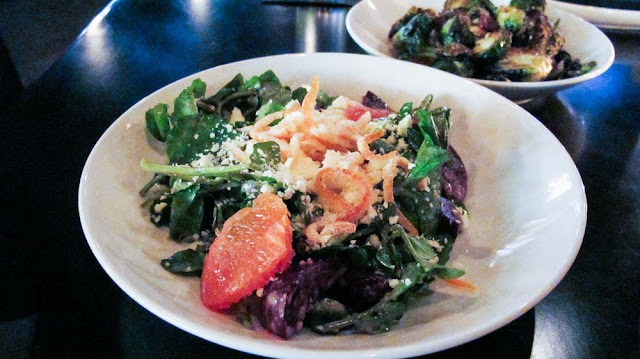 As I often do in places with small plates, I told the waiter that we were adventurous, had no allergies, and that he should have his way with us. Glad I did. We started out with several plates to share. The first was a salad with good flavors, crunch, and some candied grapefruit, fresh grapefruit and feta. 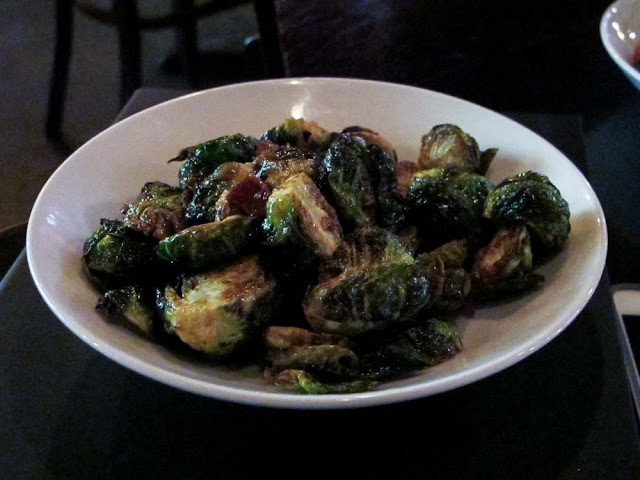 The second was the bacon brussel sprouts. These guys go through a lot of pig as you'll see in the following pictures. These weren't just tossed with bacon, they were braised with a LOT of it. Awesome. 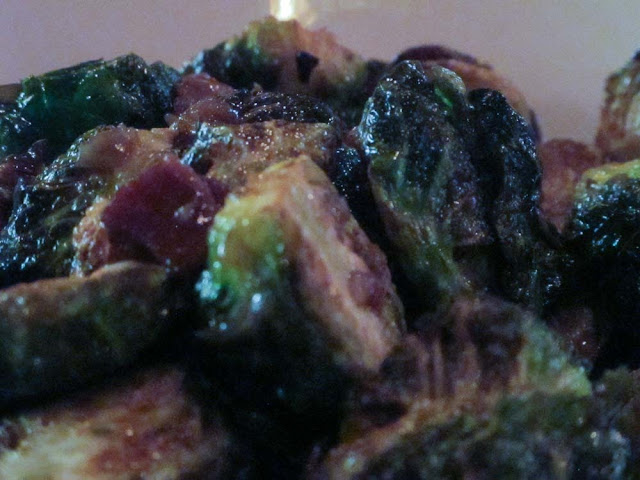 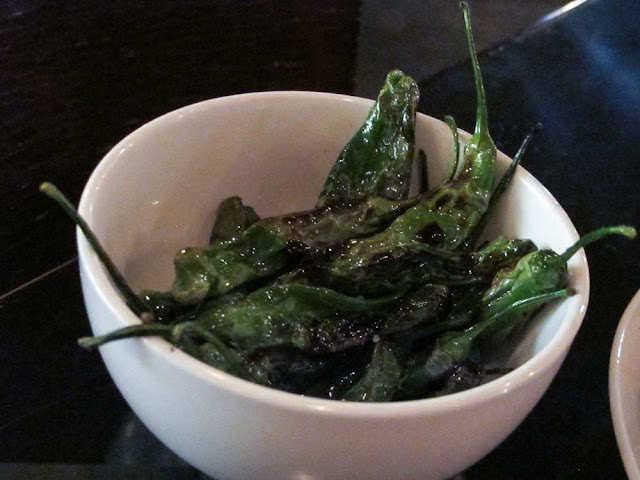 Blistered Padron Peppers made their way to our table. These are neat because they have a huge amount of pepper flavor, but they don't light you up. 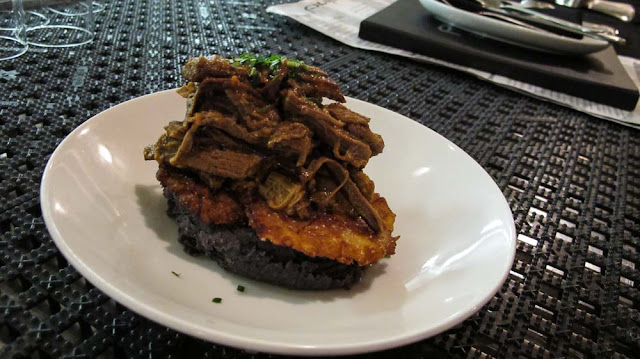 This was the Brisket Ropa Vieja. My previous experiences with ropa vieja weren't nearly so memorable. Generally some seasoned mushy beef. This brisket was the bomb. Alex ate most of it while I was taking pictures of the pork belly. The brisket is served on top of a crispy tostone and black beans. Excellent textures to accompany the flavors. 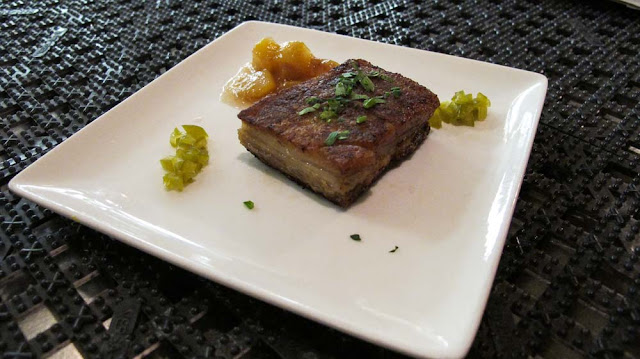 Cheryl took a bite of this and gave me that look. I don't see it often. It's the one that says, "This is better than yours." meaning that we were in the middle of a special meal. 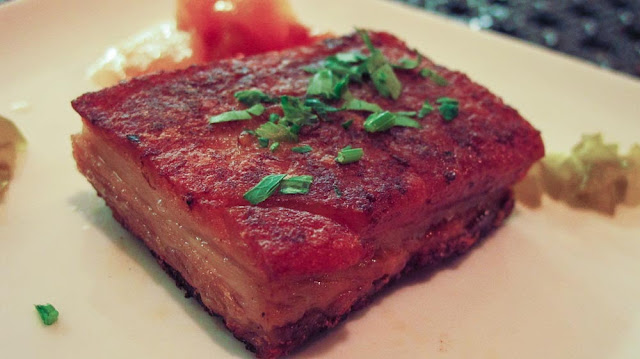 This pork belly had been braised and pressed, then crisped. My preferred methode. Bravo Billy. Crispy on the outside, unctuous and creamy on the inside. 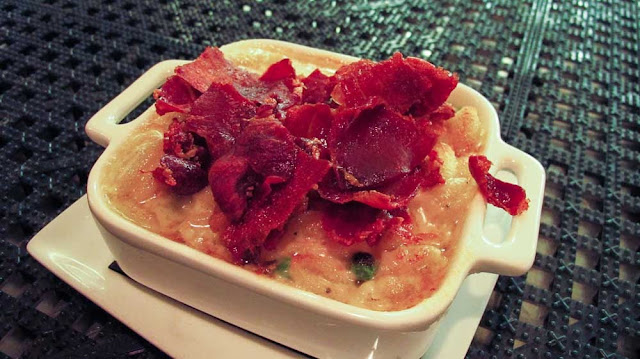 Mac n' Cheese with 1/4 lb of bacon. What's not to like? Great cheese combination as well. 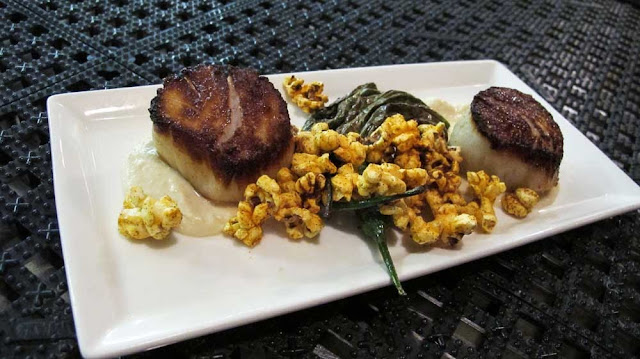 The scallops were seared to perfection (one side only please) and sat on sweet corn puree with some spicy/salty popcorn. The sweetcorn and popcorn puree mixed together was like a mad-scientist's kettle corn. Awesome. 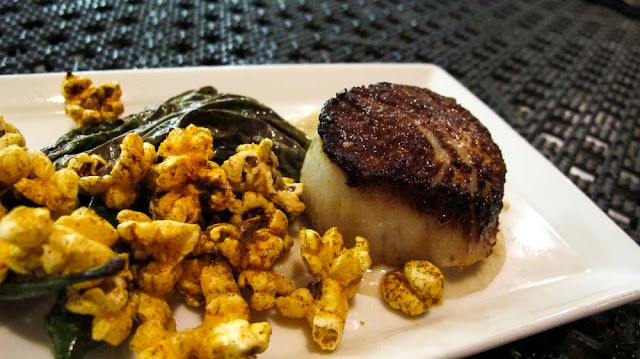 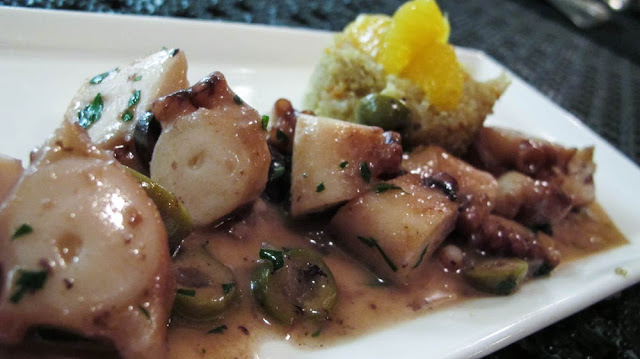 Pulpo: The signature dish here. Very tender, with the suckers stripped off. Normally the family isn't big on octopus. I didn't tell them what it was, just said to try it. Very good. 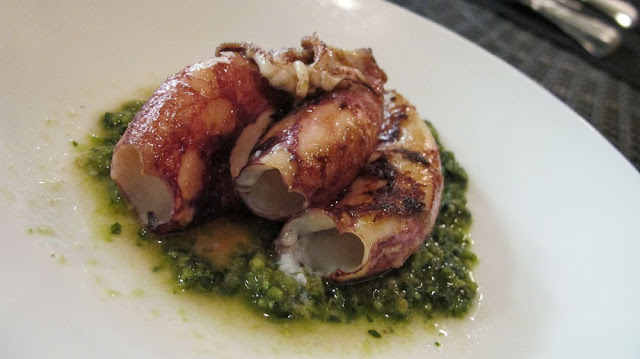 Alex asked specifically for the calamari, but this wasn't what he was expecting. No fried rings. I should have warned him, but then again, if I had I wouldn't have had a chance to try them. Perfectly roasted, tender, and flavored with a basil walnut pesto. 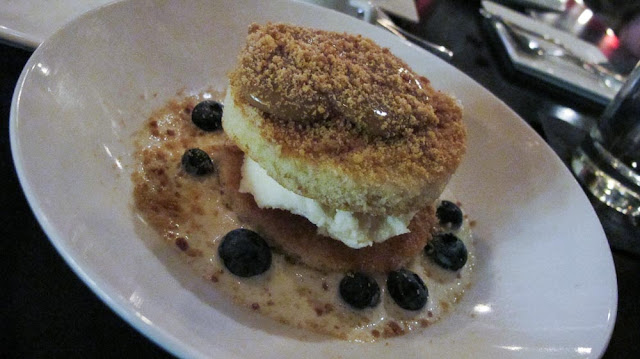 After all the seafood, we cried uncle. Alex pleaded for dessert, so I gave in. Pretty easily. The first was a Tres Leches, also unlike the classic one might expect. It was a fresh look at the ingredients of the standard and executed very well. 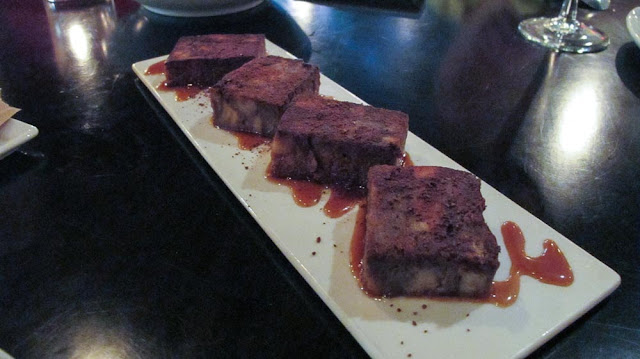 I have the same sentiments about the bread pudding you see here. Crisp and chocolaty on the outside and light on the inside. Cheryl liked this one best, but I could easily have both.

I'm amazed that I hadn't heard about this place before. An old friend of mine I'd met back in the Caucus Room days is the GM: Dave Hansen. I love what he and Billy Klein are doing here and I'm sure we'll see a lot of good things come out of this kitchen.
If you stop in, make sure you tell them where you read about it.
Bon appetit!

Posted by David Smelson at 7:53 PM