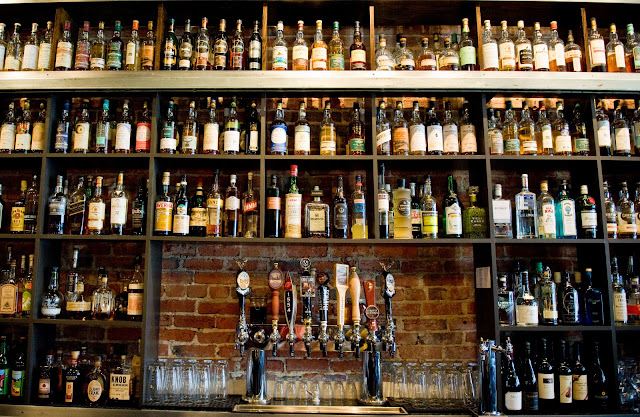 Jack Rose Dining Saloon is the love child of Bill Thomas, Stephen King, Michael Hartzer and few other folks.  They have what I believe to be the largest collection of spirits in the Mid-Atlantic region.  Approximately 1500 bottles of spirits.  If you can't find your preferred whiskey here, it doesn't exist. 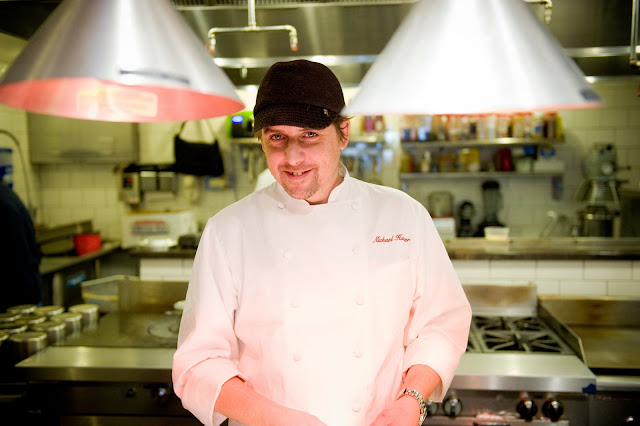 Photographer Mike Palmer had decided that he wanted to get some more shots for his portfolio, and I'm always willing to write about restaurants, so he ran a contest.  The winners got free photo shoots.  I got some blog-fodder, and we've been having a good time doing it.  Pictured above is Michael Hartzer, executive chef.  My friend Melody Stone of Oakville Wine Bar fame is the general manager. 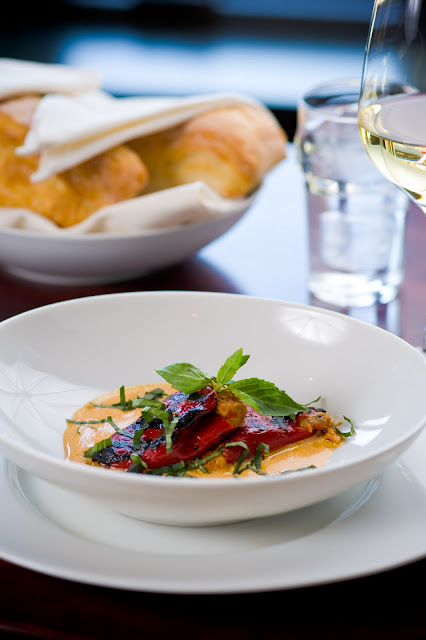 We started out with Stuffed and Roasted Red Peppers.  They're stuffed with eggplant, garlic, and cheese, then served with vermouth cream and basil.  Kind of home-y in conception, but also avant in the flavors brought together. 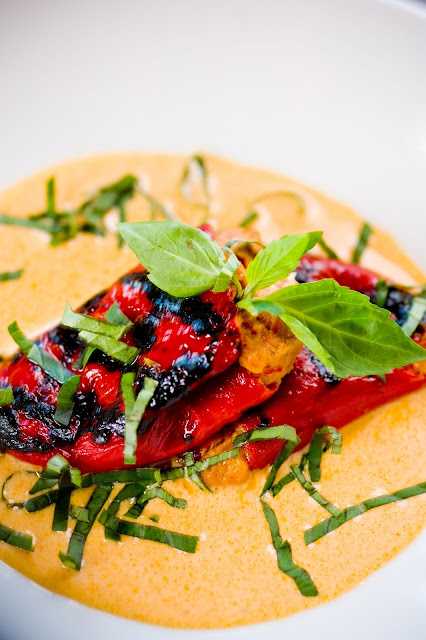 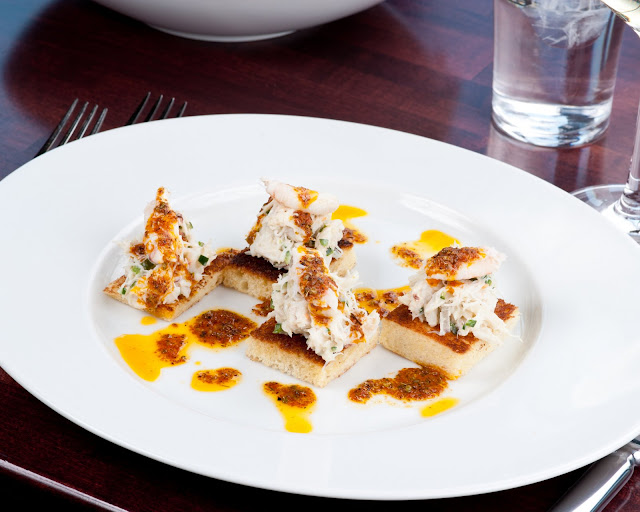 Peekeytoe Crab Toast.  Nice combination of heats, both temperature and Scovilles, as well as textures.  The lemon set off the sweetness of the crab nicely too. 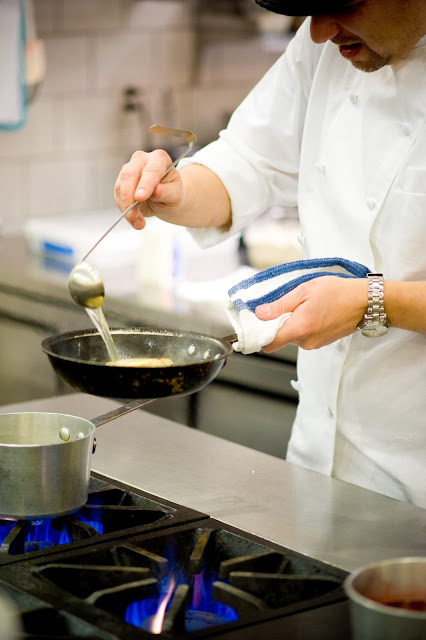 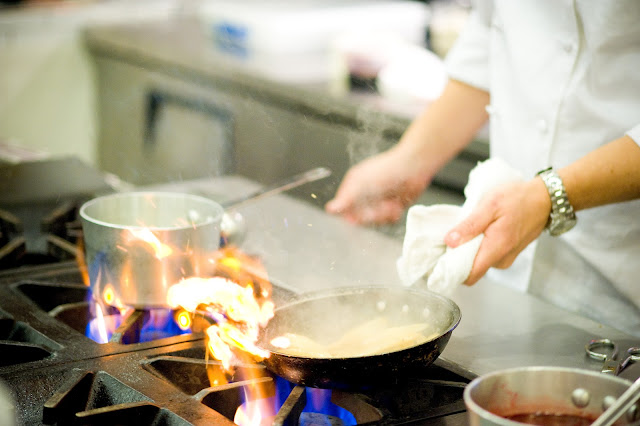 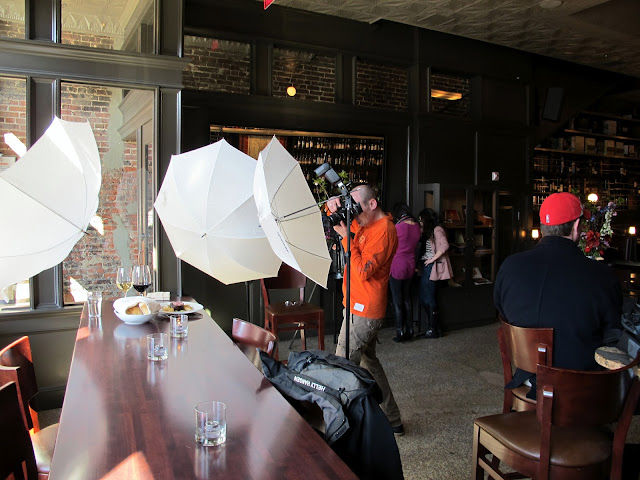 Mike getting his groove on.  He shoots quickly, and he does a great job in processing too. 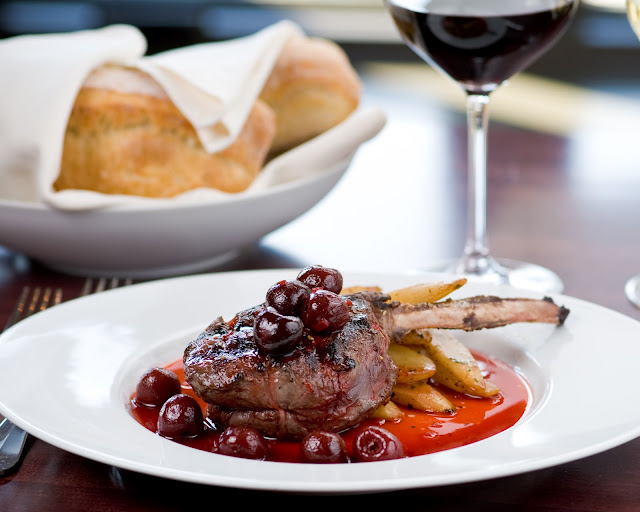 This is the Grilled Chop of Venison.  The sauce is fresh cherry "Jack Rose" sauce.  It's got some wine in it and has a nice combination of tart and sweet.  It was served rare and still had a great texture. 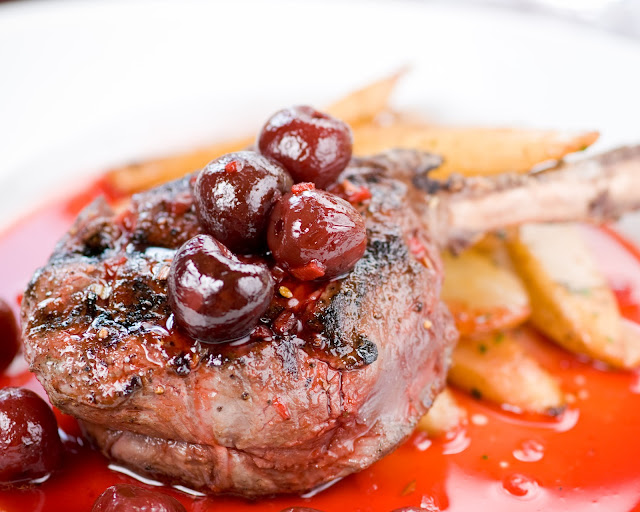 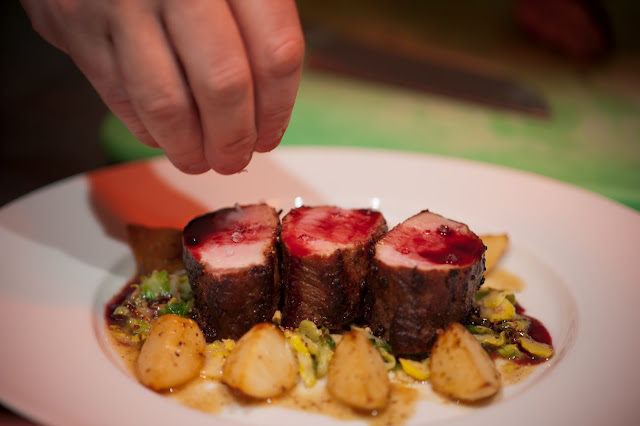 This is Michael Hartzer putting the final touches on the Roasted Loin of Boar. 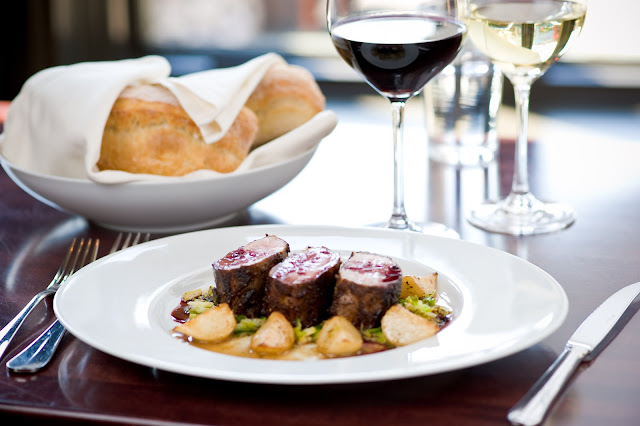 Excellent texture and seasoning on this. 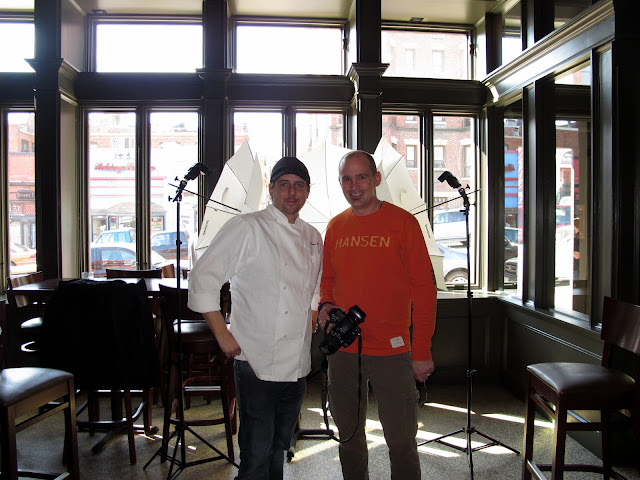 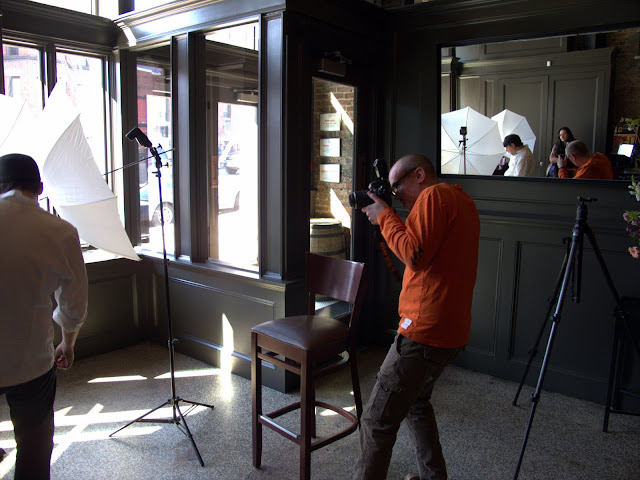 Once again, great shoot with Michael and wonderful hospitality from Sarah Spigelman, the event and marketing director.  This is a wonderful place to come with friends.  They have an open deck on the roof where you can sit and have a nice whiskey, a cigar (they sell them there), and just kick back.  If you go, let them know you read about it on Pleasures of the Table.
For more information on shoots by Michael reach out to him at http://mpalmerphotography.com/

Posted by David Smelson at 9:33 PM