This is going to be the first post in a long series about my dining adventures in the land of aloha. My family +1 took a trip to Hawaii and did all kinds of fun things. Naturally, my idea of fun is spending time at great restaurants and seeing what this gorgeous island, Maui, had to offer. We started out our first night at a place named Aloha Mixed Plate. It's part of a small chain owned by several folks. They do a few other restaurants as well as a luau at the property next door. This restaurant was recommended to me by the carhop at Merriman's. 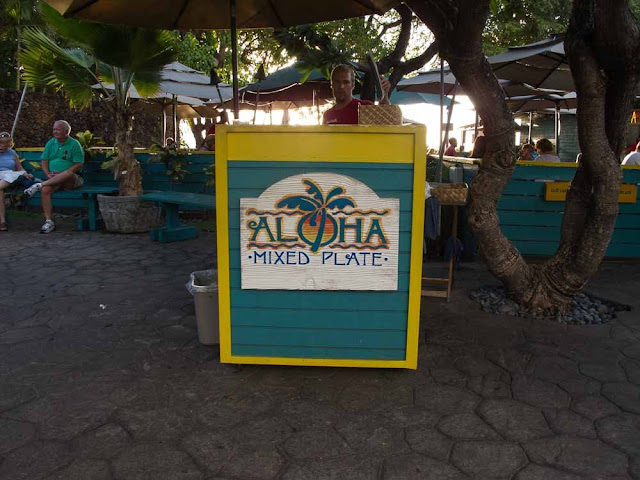 I walked up to the host and said, "We'd like a table for four outside." He said, "They're all outside." I like it. True enough, they were all outside. The only choice was boozing or non-boozing. For some reason they couldn't serve alcohol at the tables closest to the water. I chose boozing. We had a clear-enough view from that section, or so I thought. 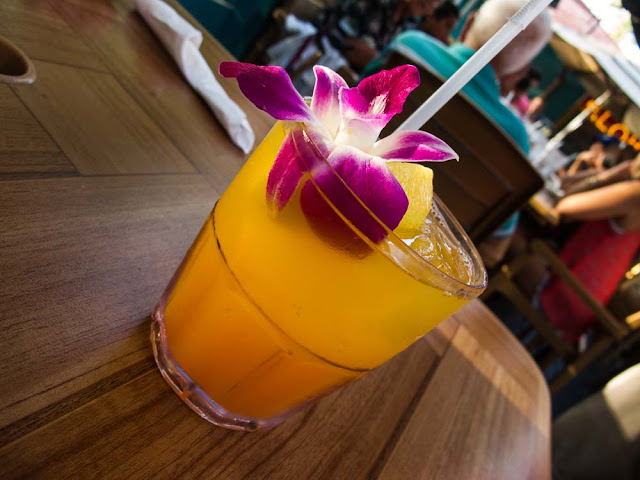 Cheryl had the Fuzzy Pineapple, which had Malibu, Pineapple and Sprite. It was pretty and tasty. 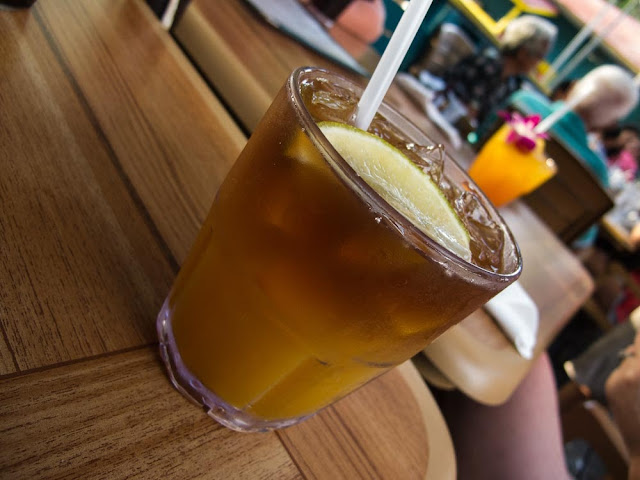 I had the island stand-by, the Mai Tai. 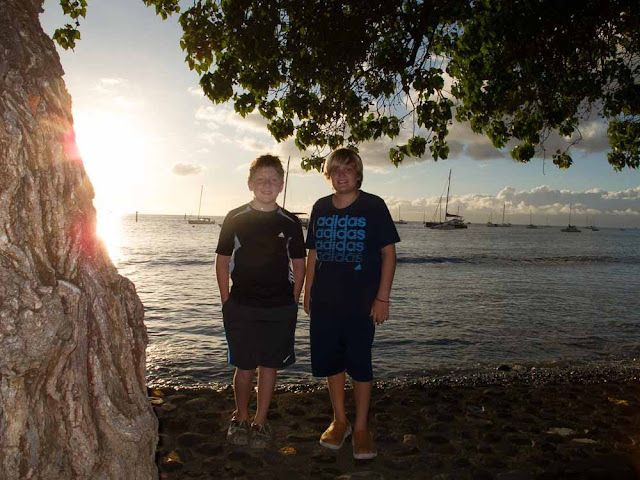 Here are the boys standing by the water...very close to where we sat. Note the frazzled, "We just spent 27 hours travelling to get here" look. 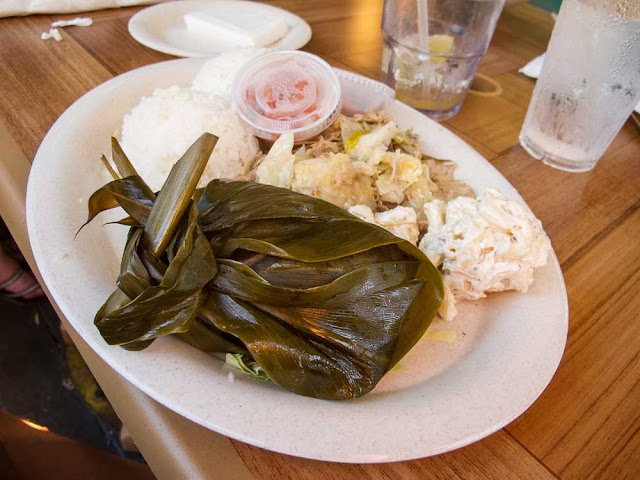 This was my Lau Lau. Pork and beef steamed in Taro and Ti leafs. It was served with a side of macaroni salad and something similar to a salty cevice of salmon with tomatoes and onions. The little white thing in the upper left-hand corner was some very tasty coconut flan-like item. 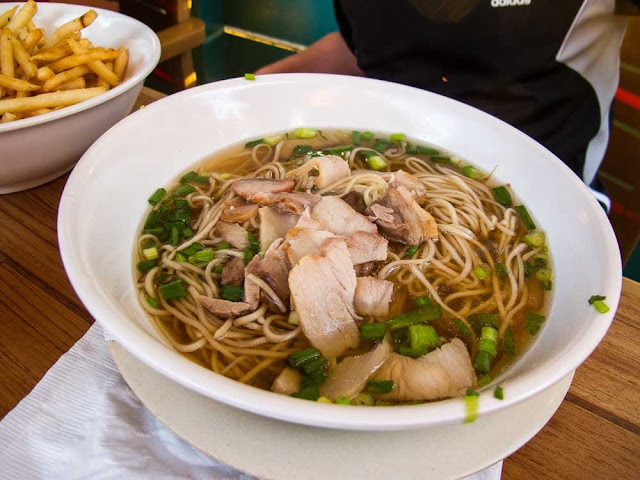 Alex went for the Saimin noodle dish. Very much like a light ramen or heavy pho dish. The broth was super savory. Lots of flavor. 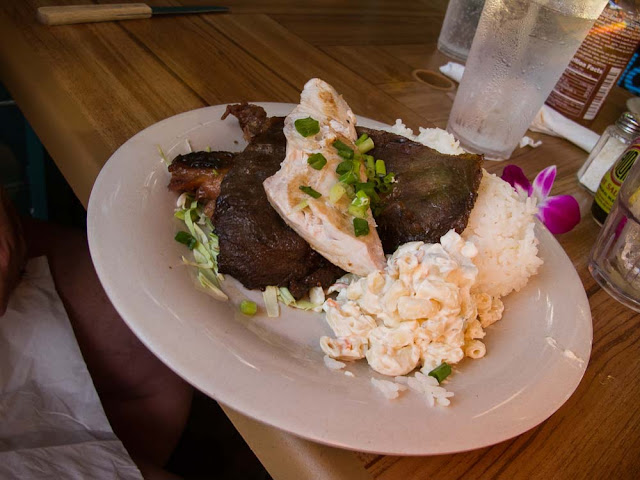 Cheryl had the eponymous Aloha Mixed Plate, with fish, beef, and chicken. The fish and beef were phenomenal. I didn't try the chicken... 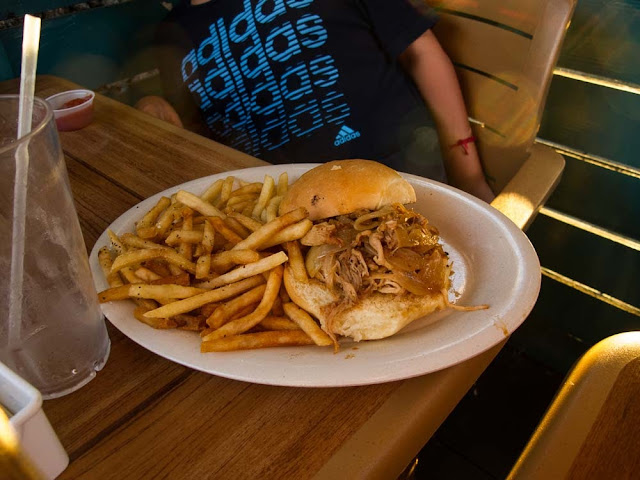 Michael had the Kalua Pork sandwich. My first taste of this popular island dish. It's similar to pulled pork here but without the rubs and sauces. 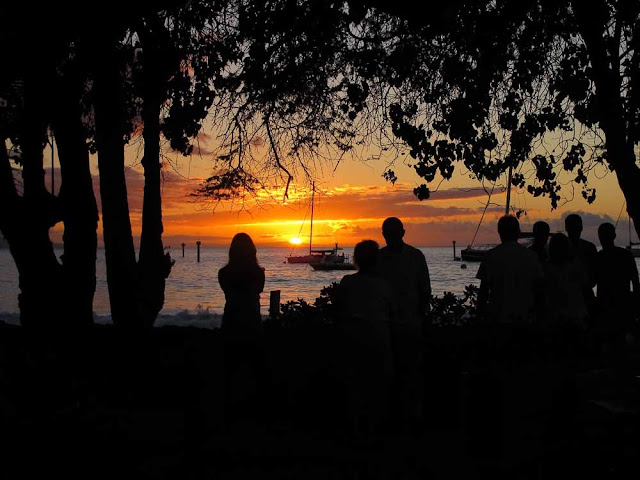 As soon as the sun started to set, a gaggle of people walked in front of our view and sullied it! Damned tourists. 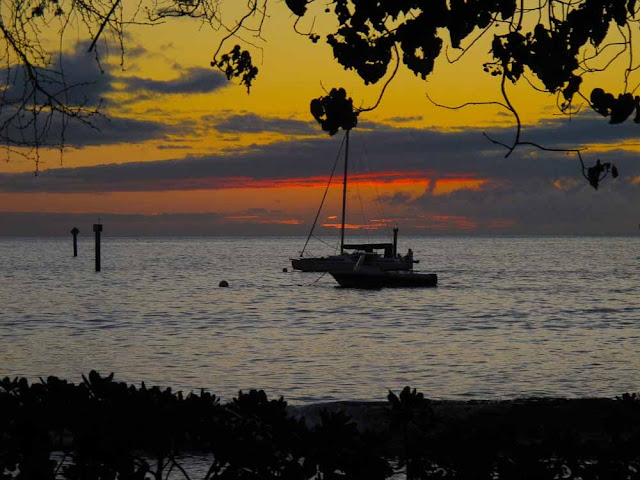 I moved a little to the right so I could get a good view. Very peaceful and an excellent end to a very long trip. 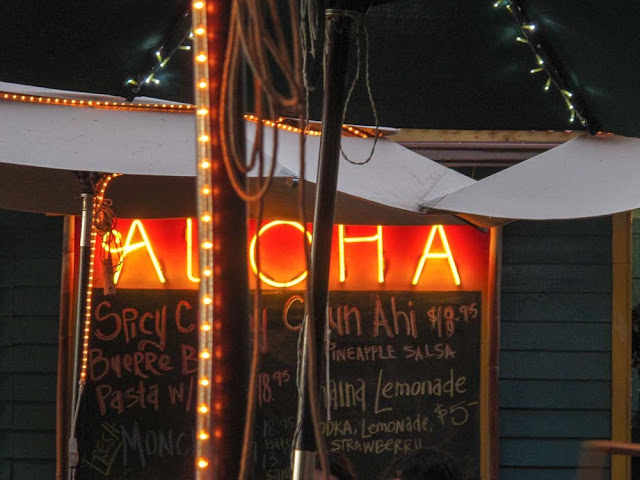 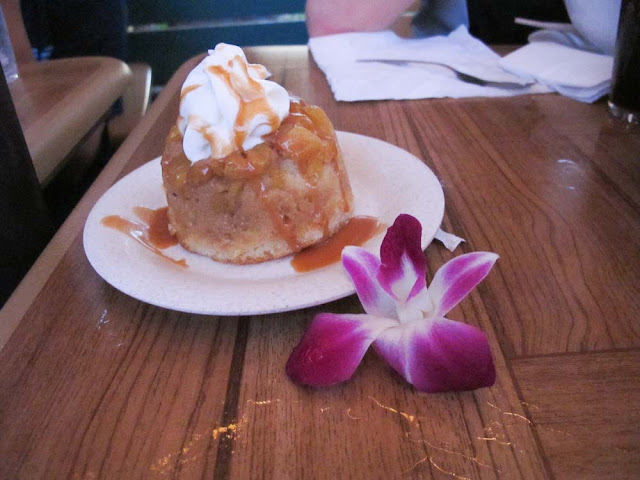 Couldn't leave without a pineapple upside down cake. It's the dessert of the island. This was good, but not nearly as good as some we had later in the trip. You'll just have to stay tuned to see where the best was had. 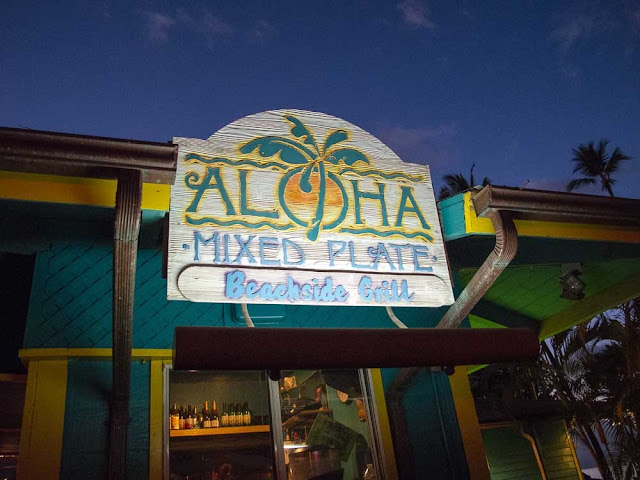 Mahalo for reading. Please tune back in or follow me using any of the various and sundry social media platforms I pollute to keep up with my intrepid dining adventures in Maui.
Aloha until next time.

Posted by David Smelson at 9:31 PM

Email ThisBlogThis!Share to TwitterShare to FacebookShare to Pinterest
Labels: Aloha Mixed Plate, Pleasures of the table