The Electric Palm..Come for the view 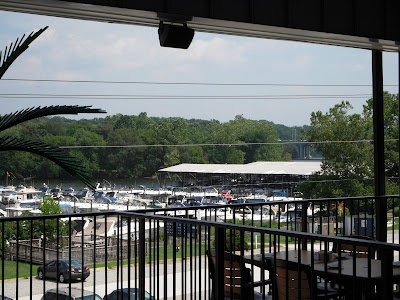 Come for a drive down route 95 and you may run into The Electric Palm in Woodbridge. This place was formerly known as The Eagles' Nest. If you don't believe me, the life-sized nest, eagles intact, still sits outside. It's just off the highway on the river. The restaurant is a sturdy affair built on steel pilings that were pounded into the hillside for foundation and run straight up through the restaurant. 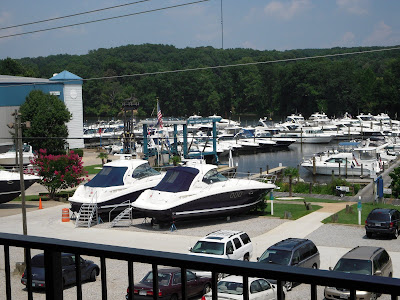 This location is basically an amenity to the well-heeled folks who dock their various water craft here. This also happens to be the busiest Sea Ray dealership in the country. 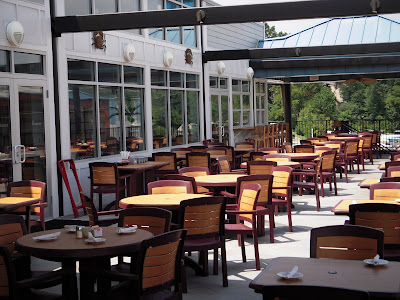 The patio is very nice, but on this particular day it was too hot for any of the tables in the restaurant to sit outside. 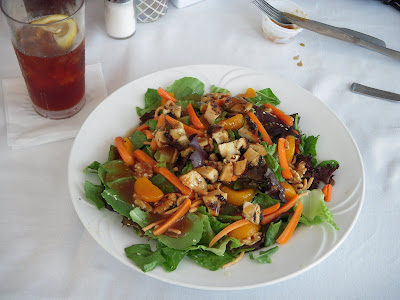 Finally, to the food. It had been a while since the chicken on this salad clucked. Everything except the lettuce tasted pretty canned, most noticably the oranges and the noodles. Not great, but it probably won't hurt you. I saw some other folks who were more adventurous and ordered clams and mussells. Hope everything worked out for them.

Until next time.....which will be lunch at The District's PS7.

Posted by David Smelson at 8:21 PM

Owned by the Sea Ray dealer. They should stick to selliing boats or get someone who has a clue in the restaurant business.

Run by Sea Ray dealer...they should stick to selling boats.
They have no clue as to running a restaurant.